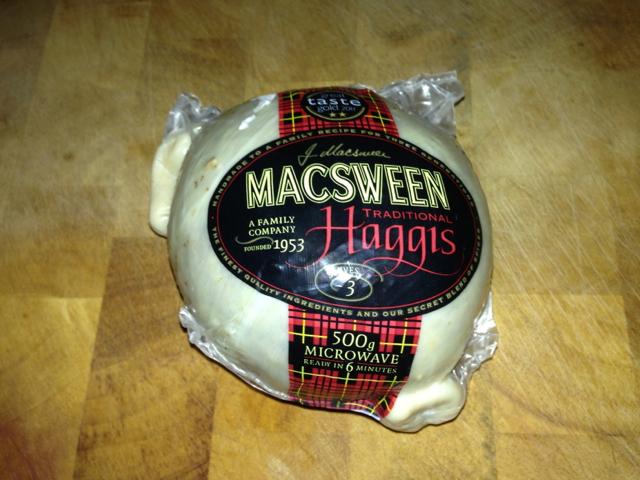 Hunting for haggis in south London is more difficult than I had previously anticipated. I had to go all the way to Waitrose in Clapham as none of the Brixton supermarkets (shockingly) stocked them. Despite spending 4 years of my life living in Scotland I certainly don’t pretend to be any sort of haggis expert. Of course I’ve eaten it but I’ve never cooked it and so never had to buy one before. So on this particular occasion I had to consult my Scottish friend, and to all intensive purposes haggis expert, Katie. Apparently there’s only one acceptable brand of haggis to buy, which is MacSween’s, so that is what I bought. The cooking instructions on the back suggested two methods of cooking, one which was considerably less hassle than the other. Second question to Scottish Katie: “Is it bad form to cook my haggis in the microwave?” Apparently not. All the better. This therefore turned into possibly the easiest dish I have ever cooked. Please don’t get the wrong idea, I would never NEVER normally cook anything in the microwave, but if Mr and Mrs MacSween and Scottish Katie say that’s the way to go, I am in no position to argue.

If the best thing about this dish is how easy it was to cook, the second best was that I tricked Mr F into eating swede. The phrase “haggis, neeps and tatties” was bandied about the house all day without him ever bothering to ask what neeps were. Anyone who’s known my husband for any considerable length of time will have heard the story about when, aged 9, he threw a swede across the kitchen in outrage and disgust after his poor mother had tried to cook it for him for dinner. Needless to say no one, to my knowledge, has ever attempted to give it to him again… until now!

When it is all nearly ready make your sauce; reduce 3 tablespoons of whisky in a small saucepan over a medium heat until it has almost (but not quite) all evaporated, then add half a small carton of double cream. Bring back to the boil and then remove from the heat.

How easy is that?! Now since Friday night is Burn’s Night I’m sure this is what you’ll all be eating. Of course you could stick to the hard stuff and just have Whisky but over an entire evening that would be a bit much for me. If it’s wine you’re having it definitely needs to be red; something with big, fruity flavours and a bit of spice. An Australian Shiraz would be nice, or if it’s Old World you’re after than anything from the Rhone Valley.

Whatever you’re drinking make sure you have lots of it and revel in the knowledge that you’re enjoying one of the easiest and cheapest meals you’ll probably eat all year. Thank you Robbie Burns!! 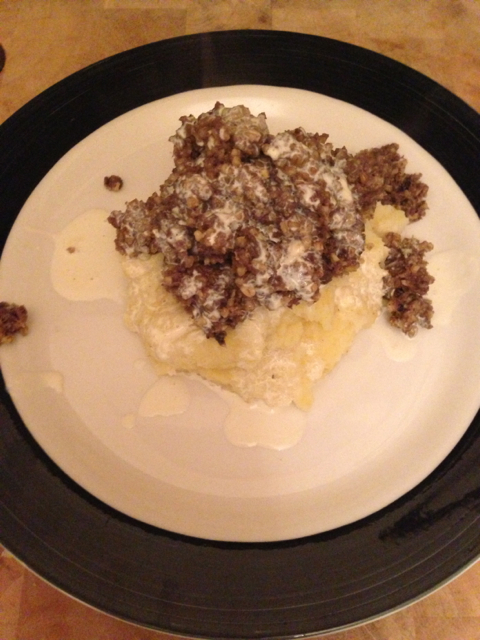